While Mary Beth is geeking out at New York Comic Con this week, the rest of the AdBiblio team is back at home trying to live vicariously through her updates & social media posts. Sometimes you just can’t be everywhere you want to be. But if you’re a comic book, graphic novel, or manga publisher, and the place you want to be is wherever your book buyers are, we’ve got the best solution for you! Proximity ads for comic books, manga & graphic novels put your titles right in front of exactly the right readers, in exactly the right places in the real world. Here’s how…

END_OF_DOCUMENT_TOKEN_TO_BE_REPLACED

We love that queer representation is being brought to the forefront of comics, graphic novels, and manga. From fan favorites like Heartstopper and The Witch Boy to series like The Legend of Korra and Lumberjanes, LGBTQIA+ creators and stories are more popular than ever. When we heard about the launch of Surely Books – the new line of LGBTQIA graphic novels from ABRAMS – we jumped on board to help spread the word with AdBiblio book advertising!

END_OF_DOCUMENT_TOKEN_TO_BE_REPLACED 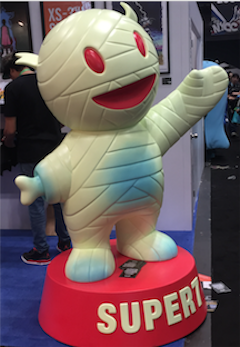